“Characteristic of Clapeko’s work is always the duality of the emotional, which manifests itself in free gestural painting and forms a first layer of painting, on the one hand, and the rational bundling and ordering of these emotional forces through geometric-constructive forms on the other. Concrete, monochrome forms and surfaces – added to rows – are superimposed on the informal painting. As a counterpoint to the eruption-free painting, they set colour surfaces of calmness against it, but they can also become suspended themselves. In the second half of the 1990s, strictly parallel vertical lines dominated the picture, but in more recent works ovals or circular discs in dense rows also take over the structuring function of the stripes.” 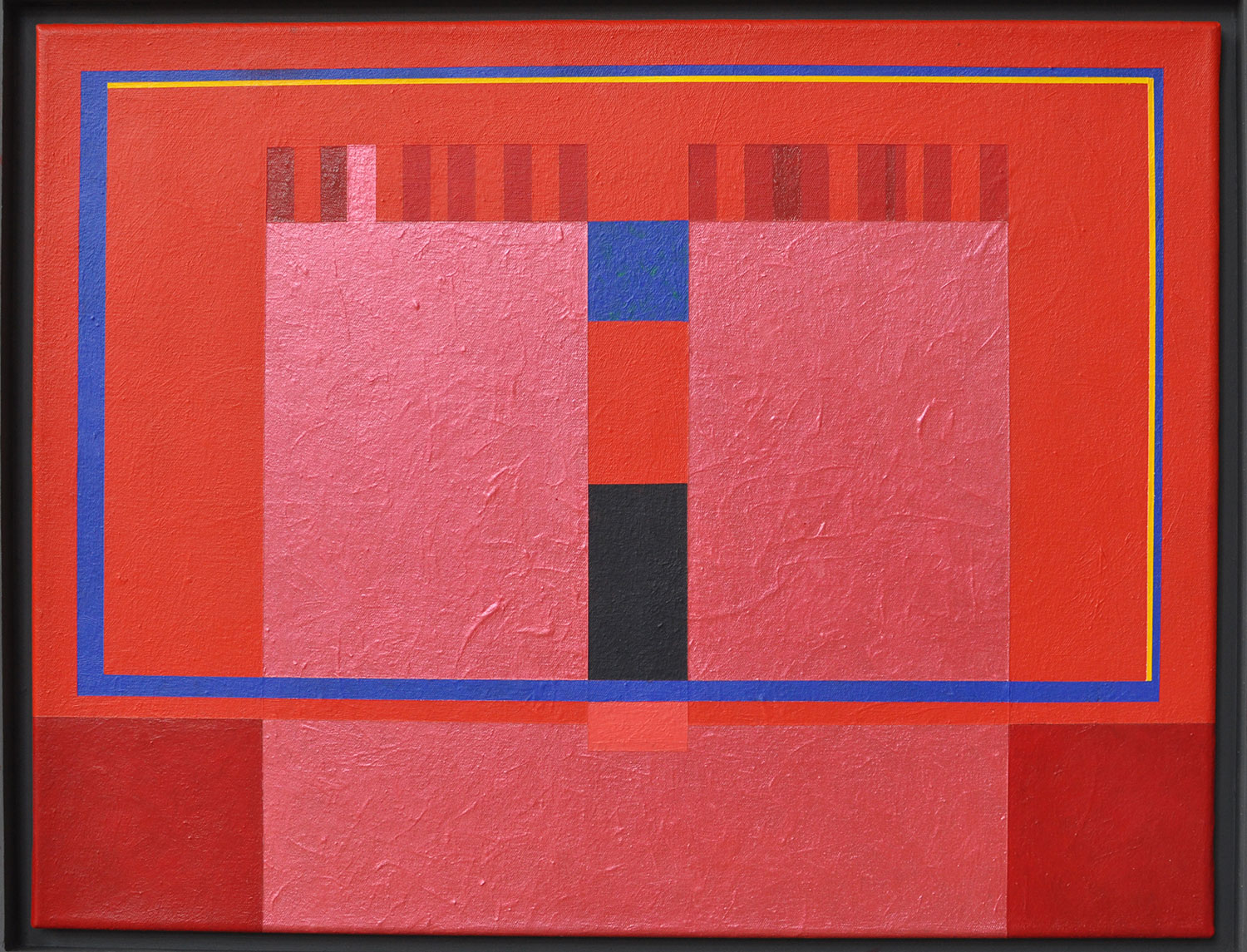 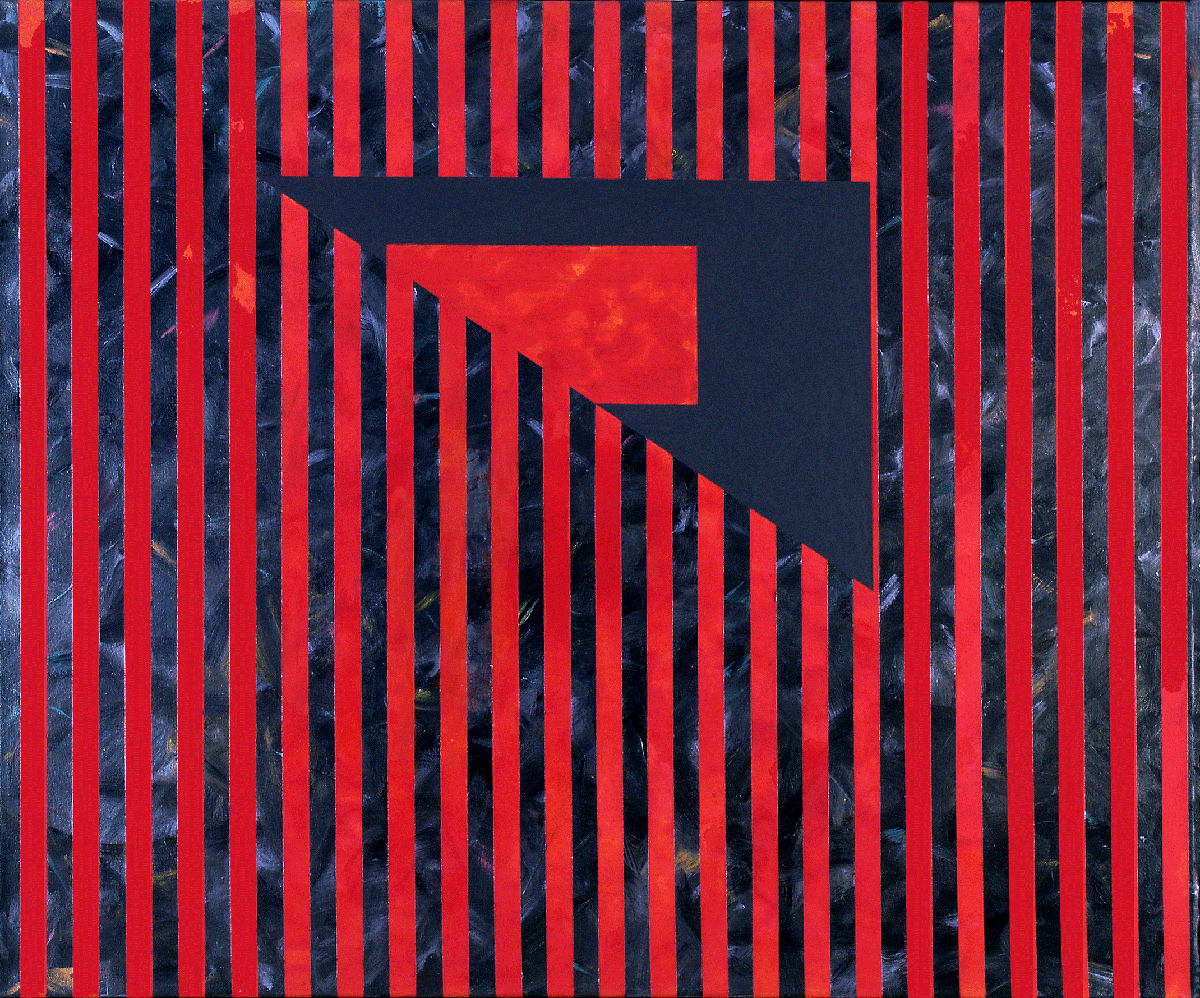 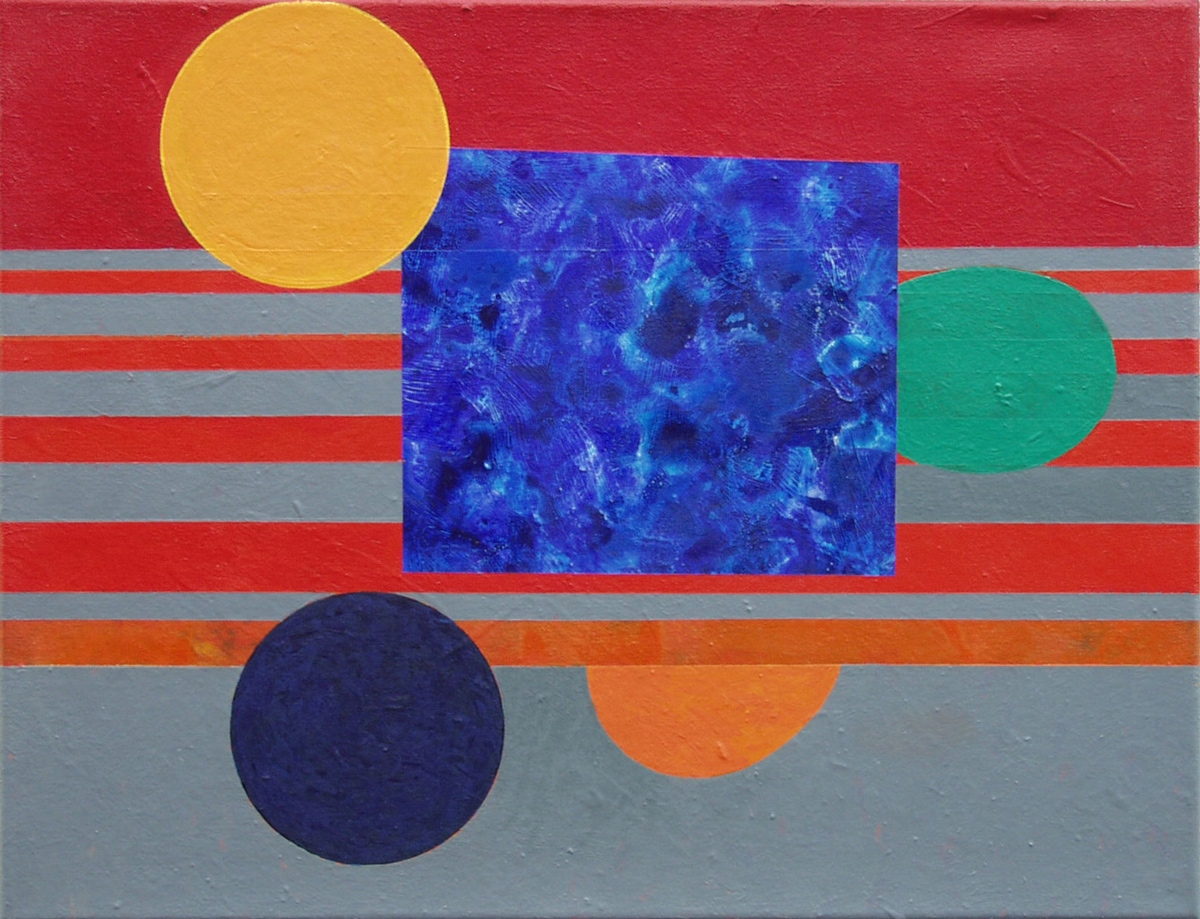 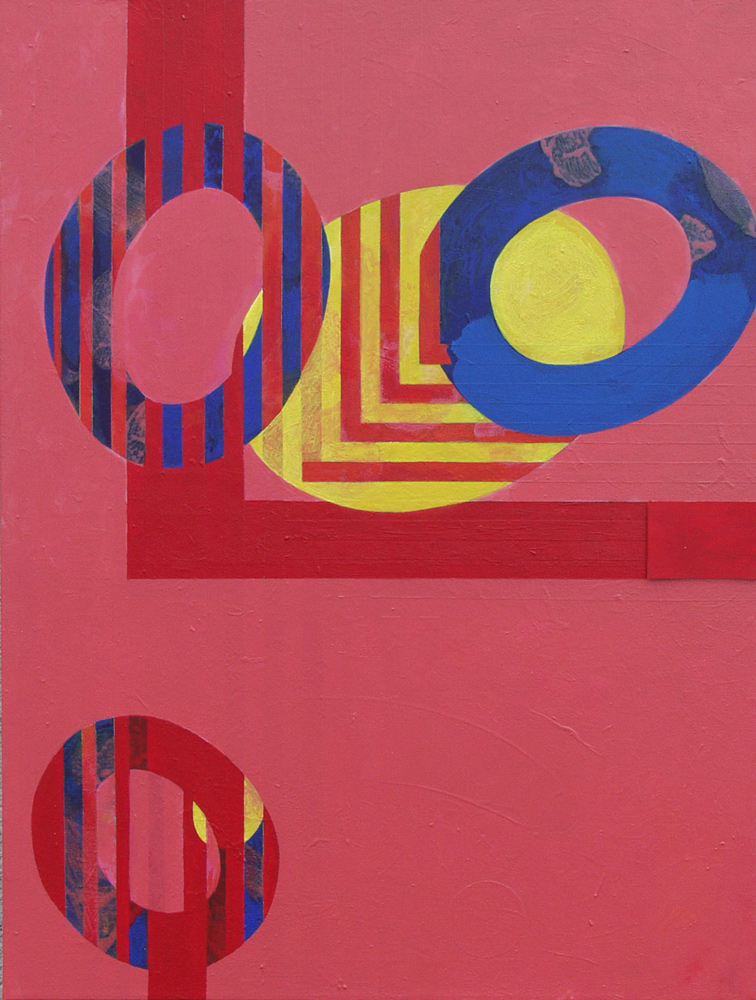 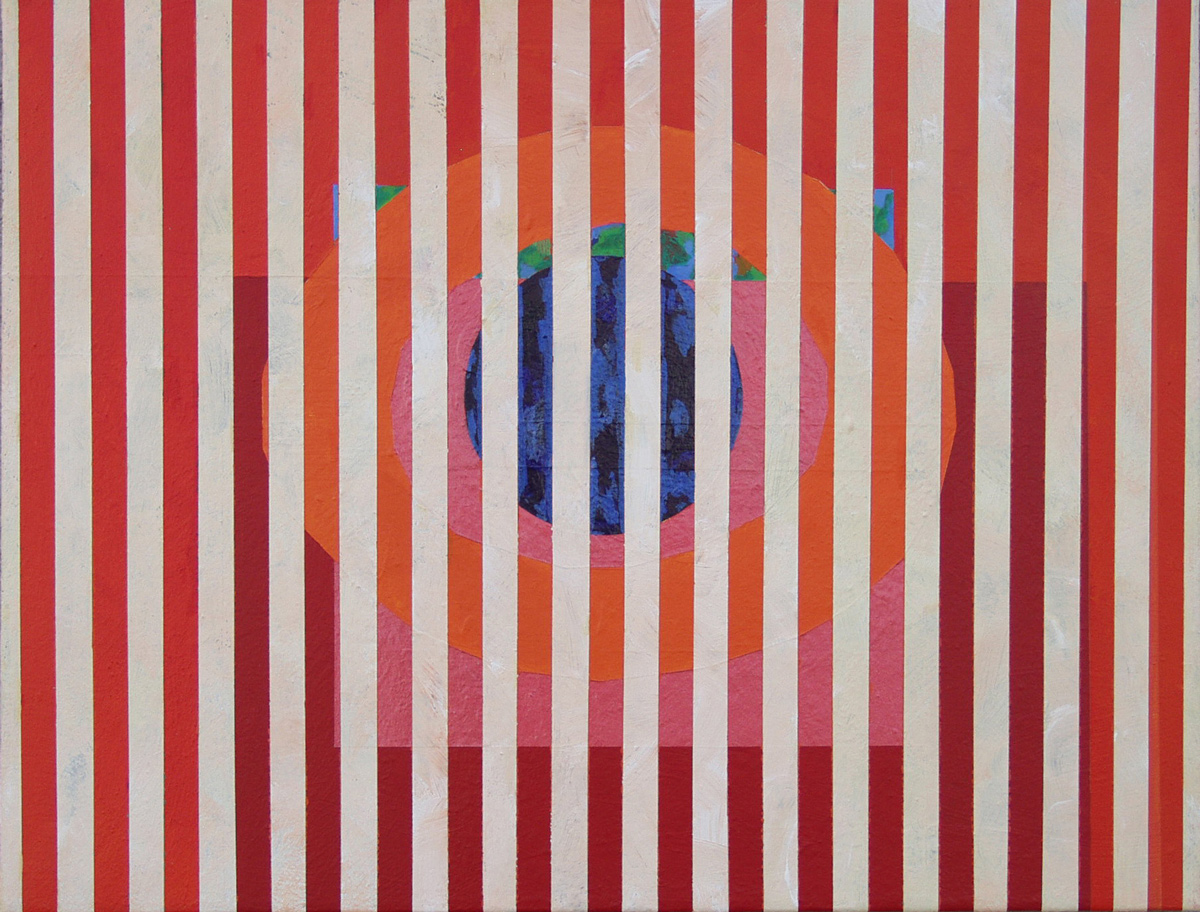 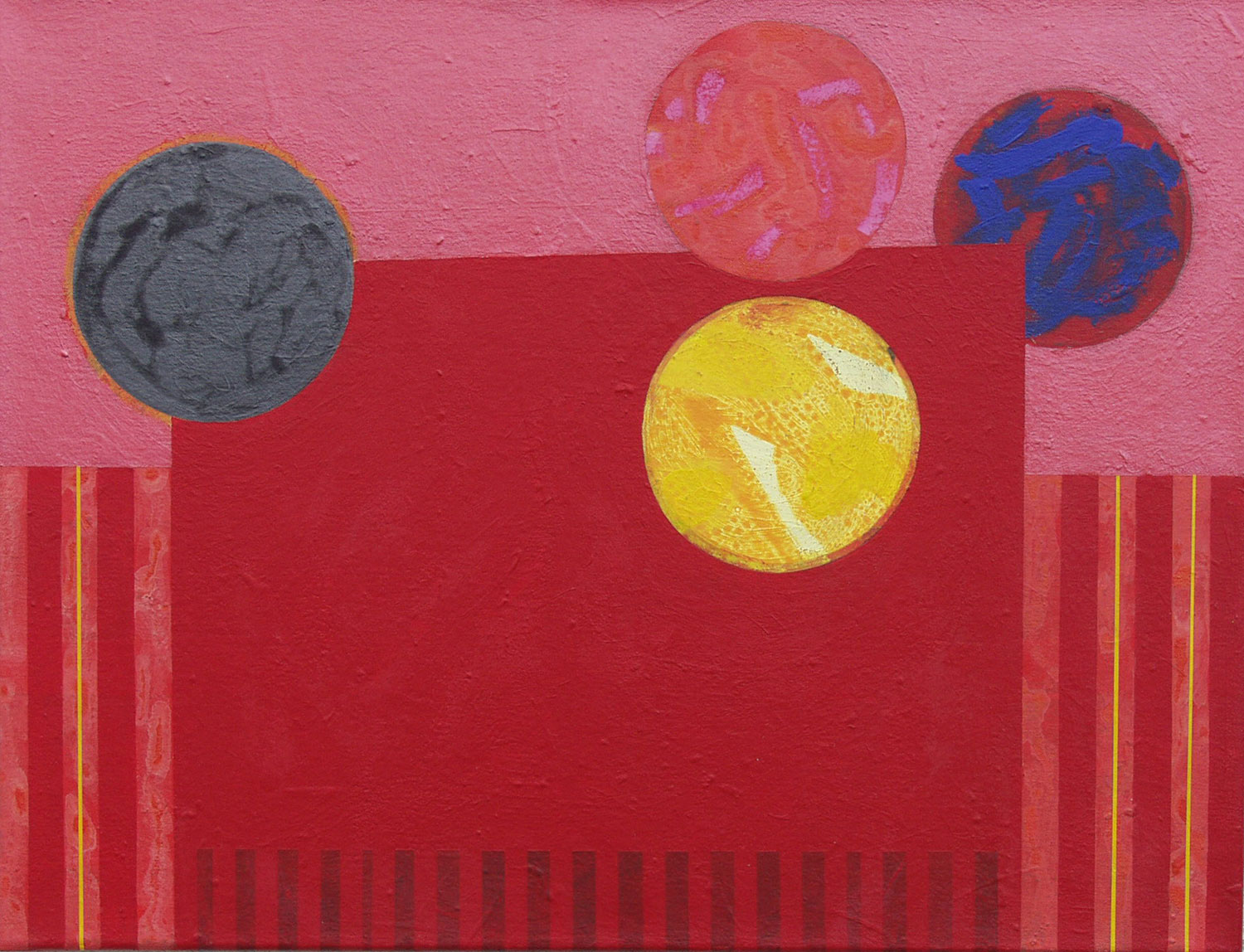 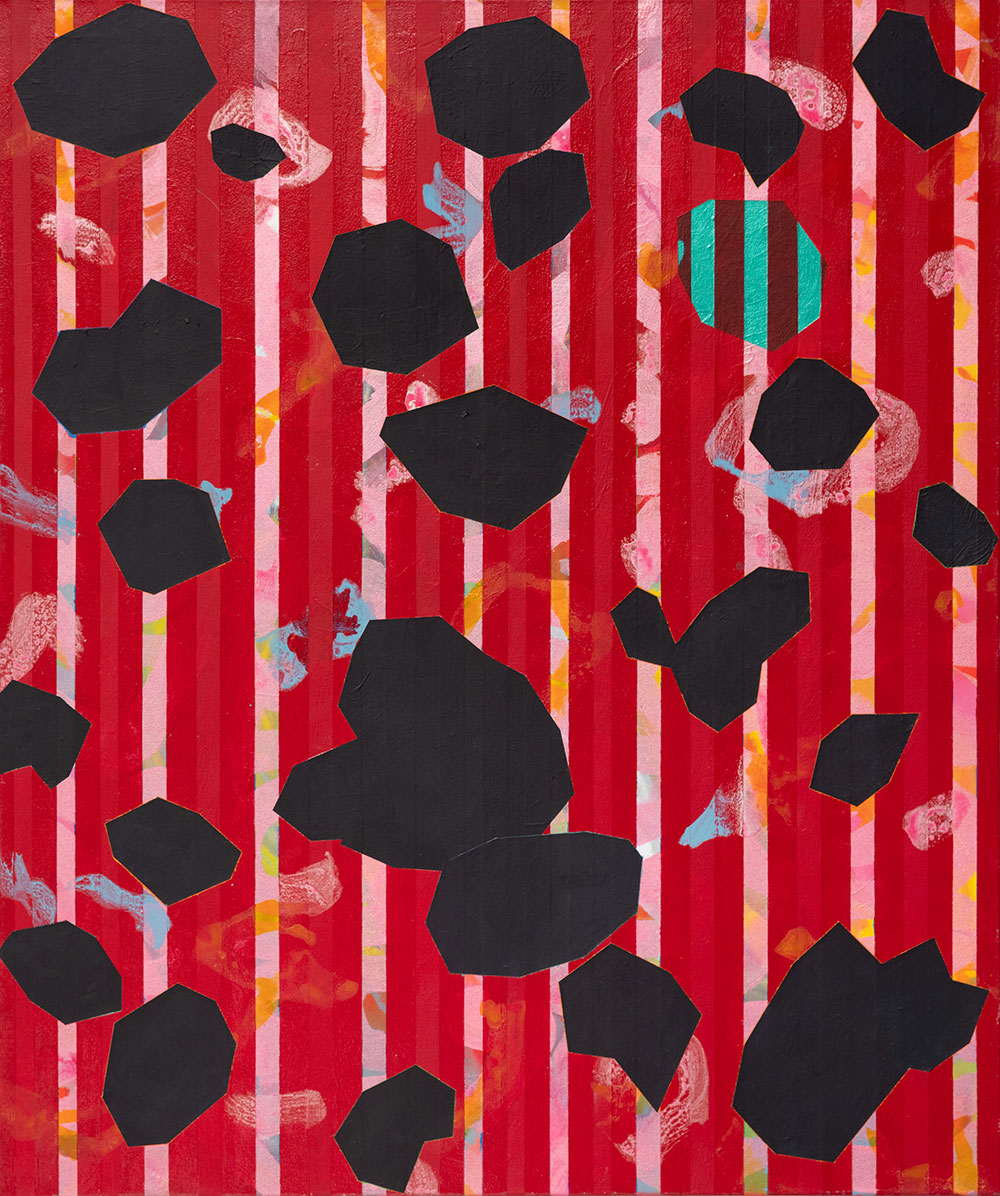 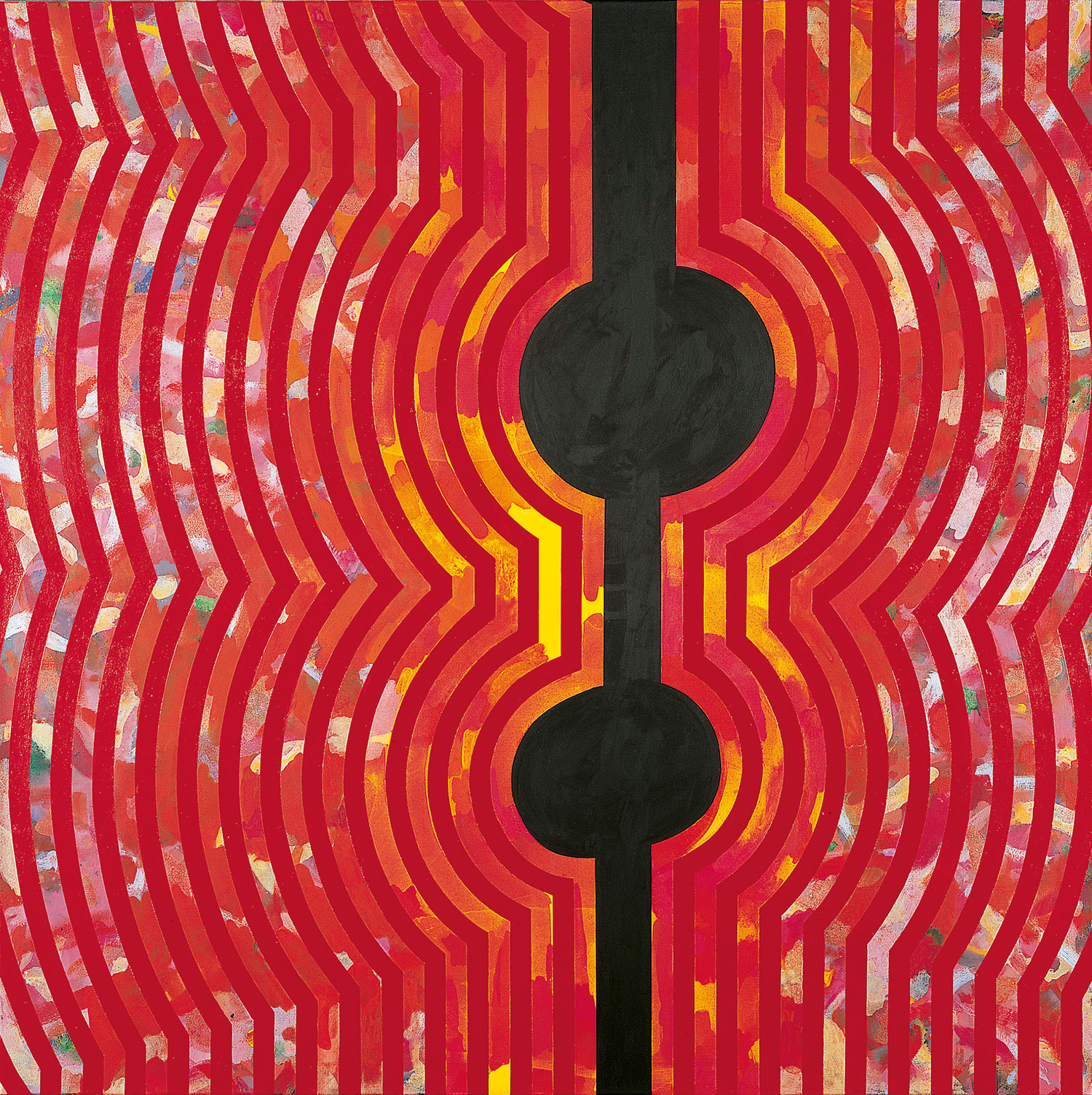 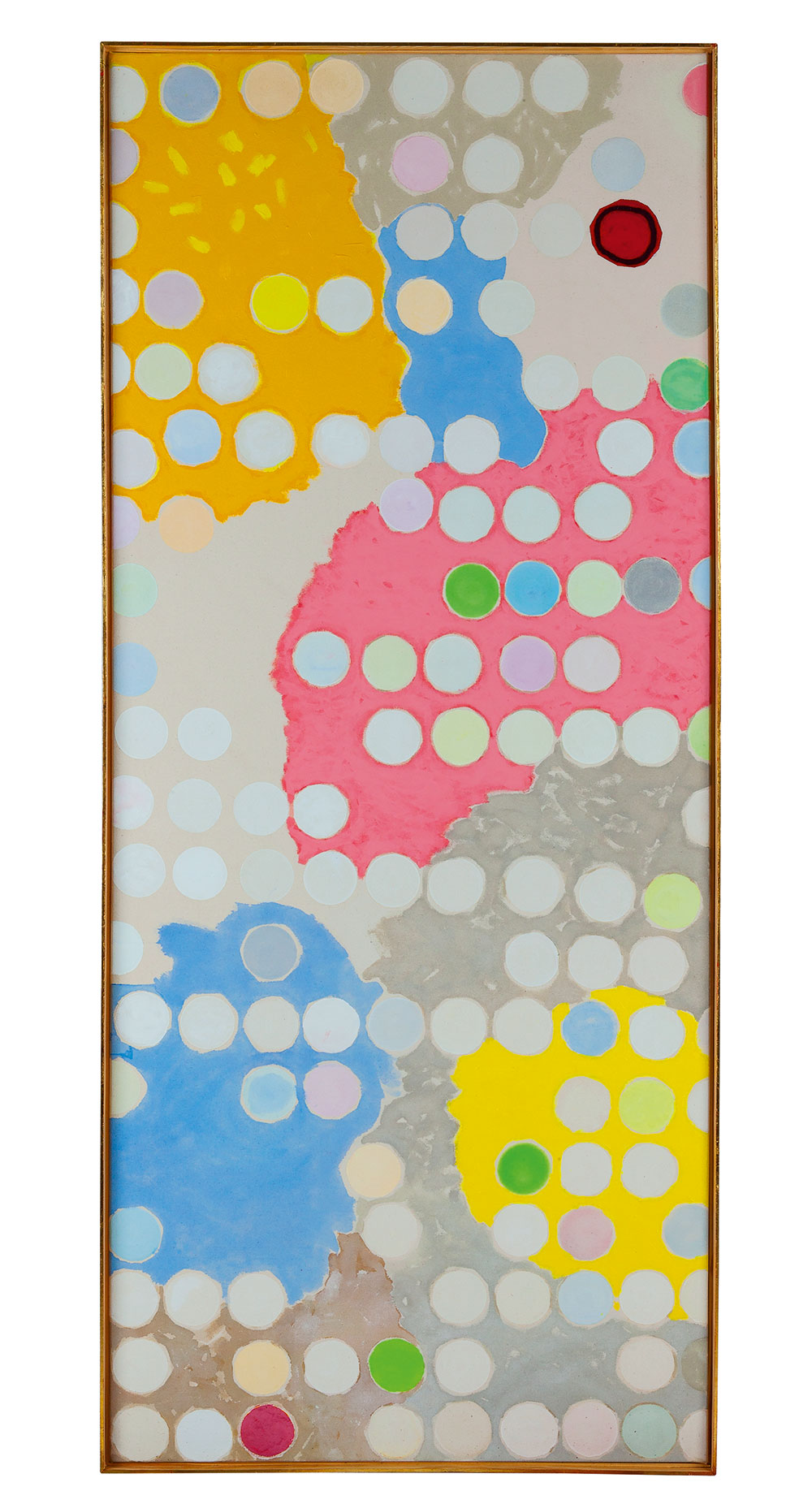 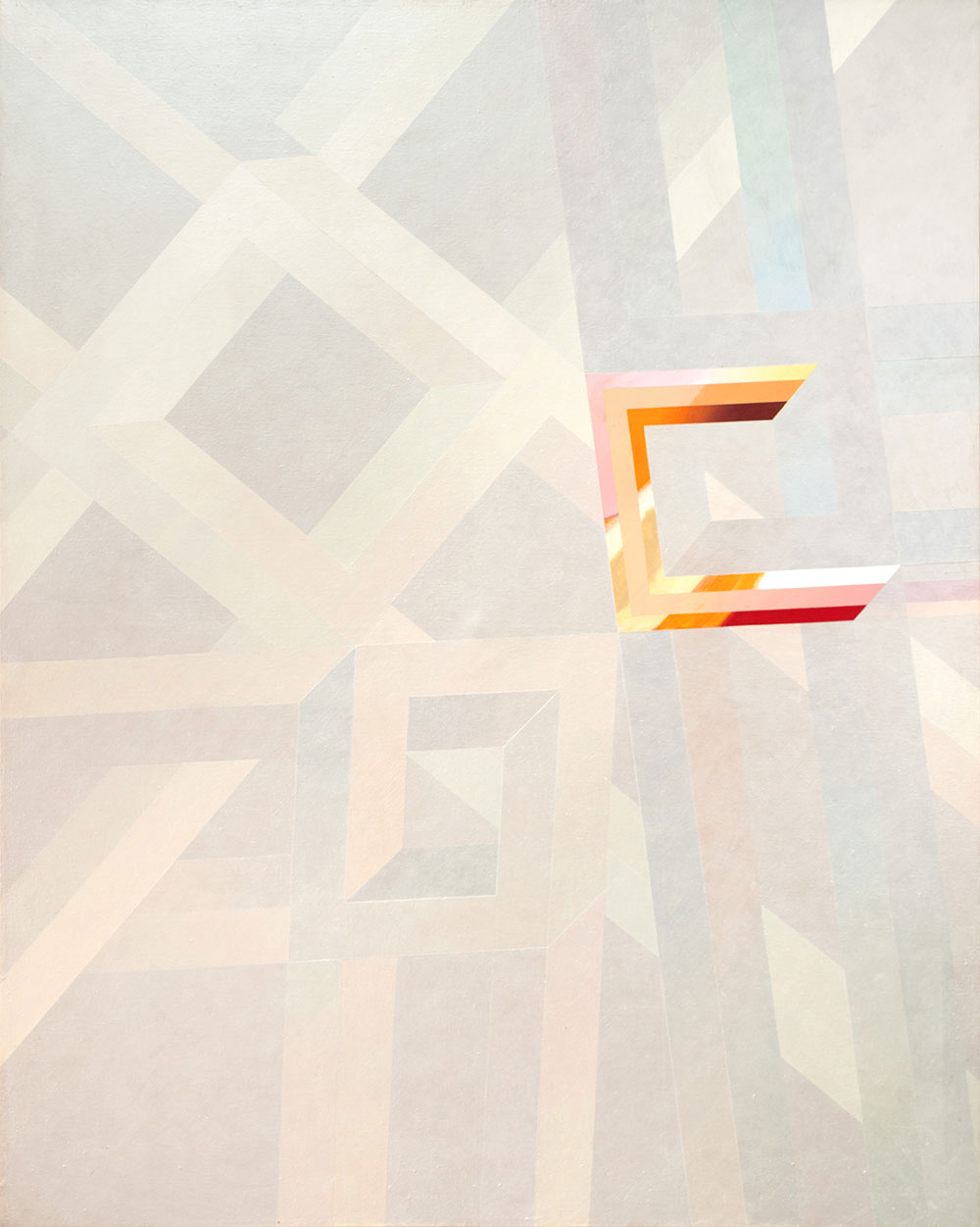 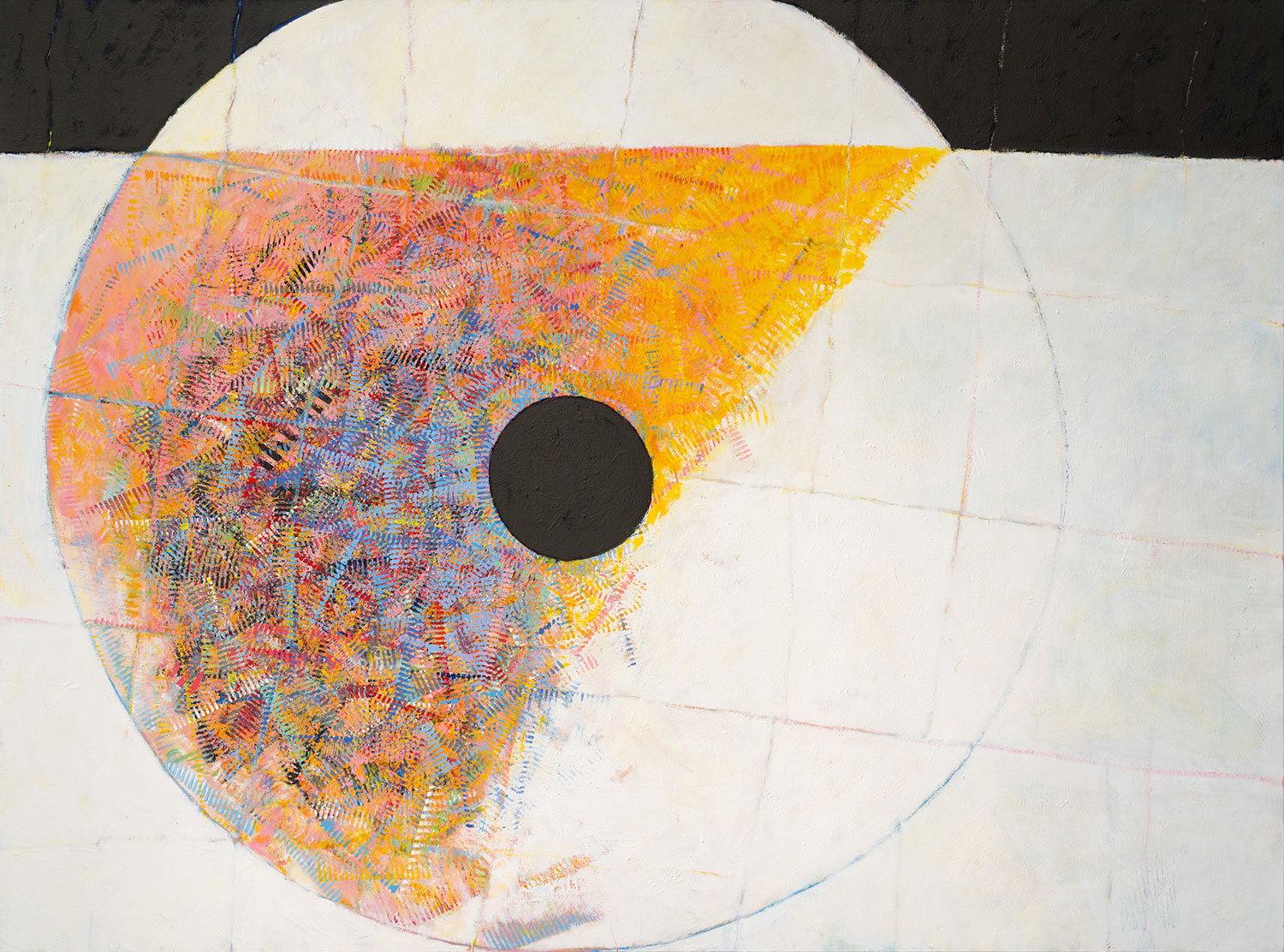 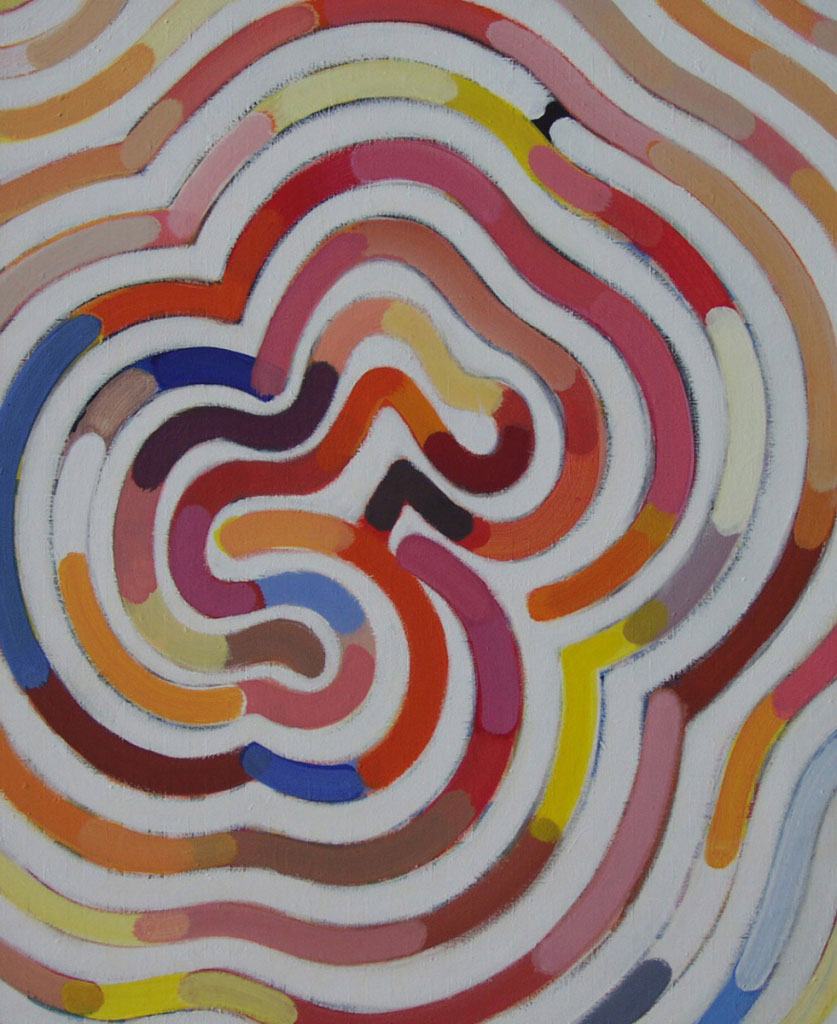 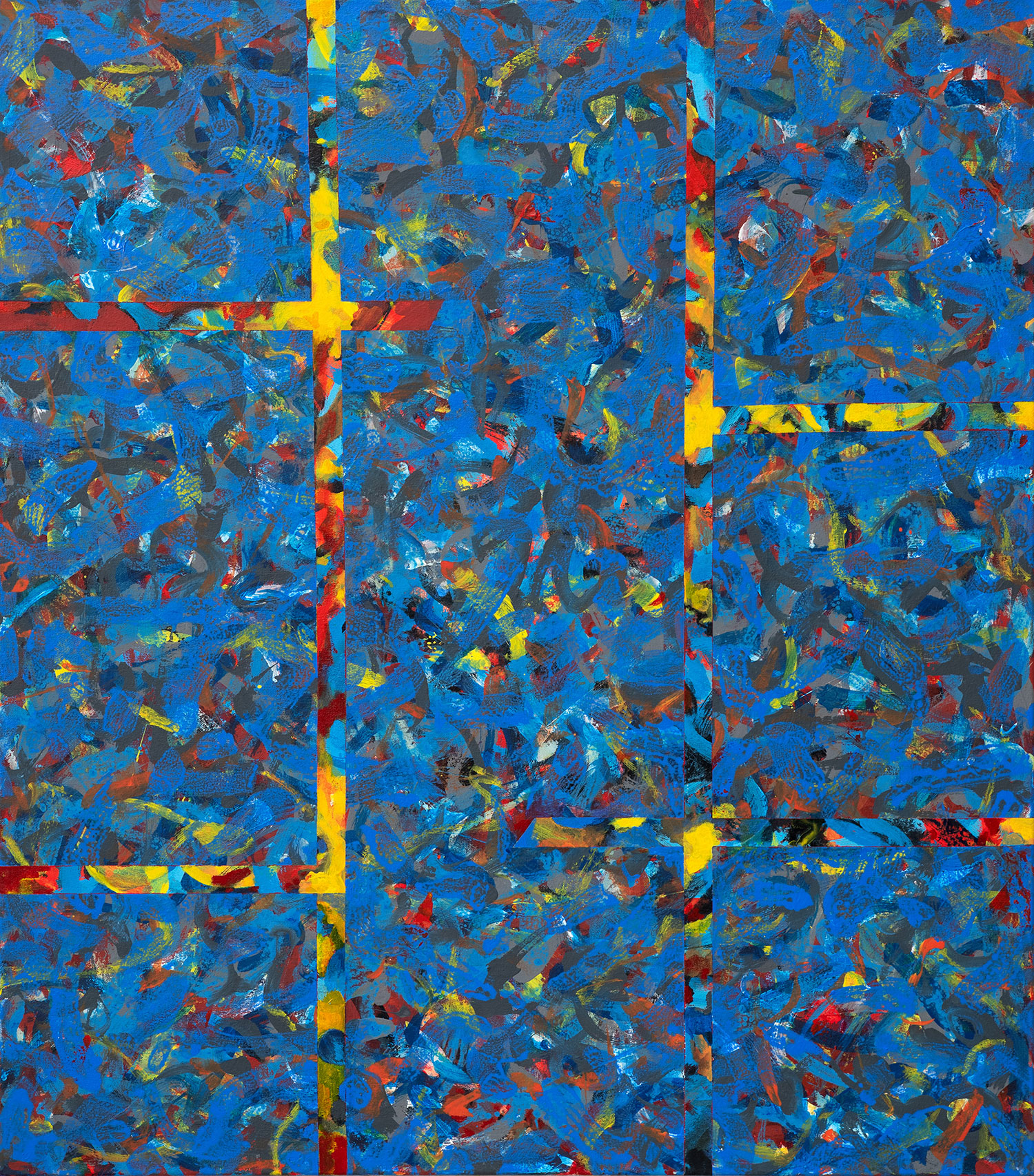 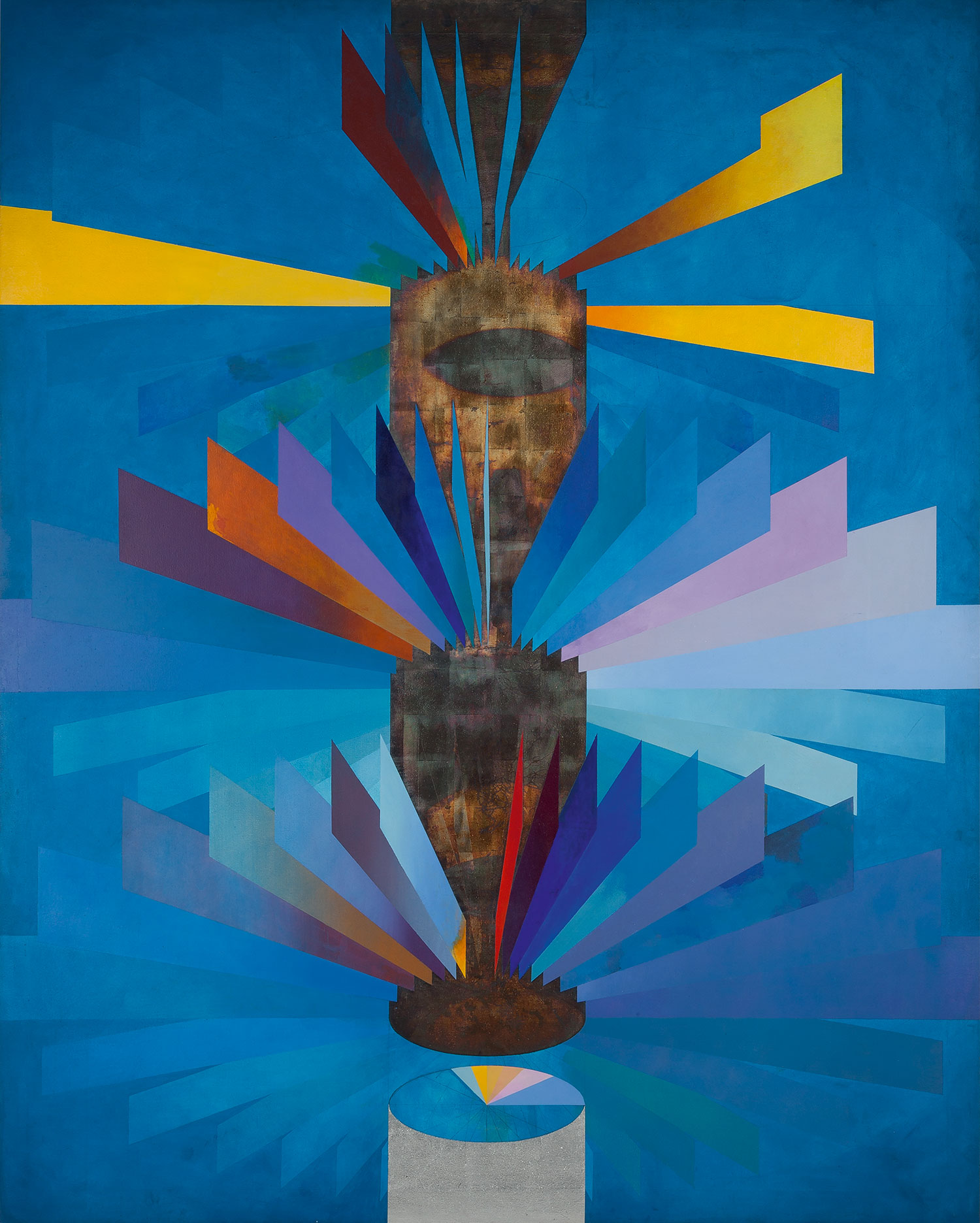 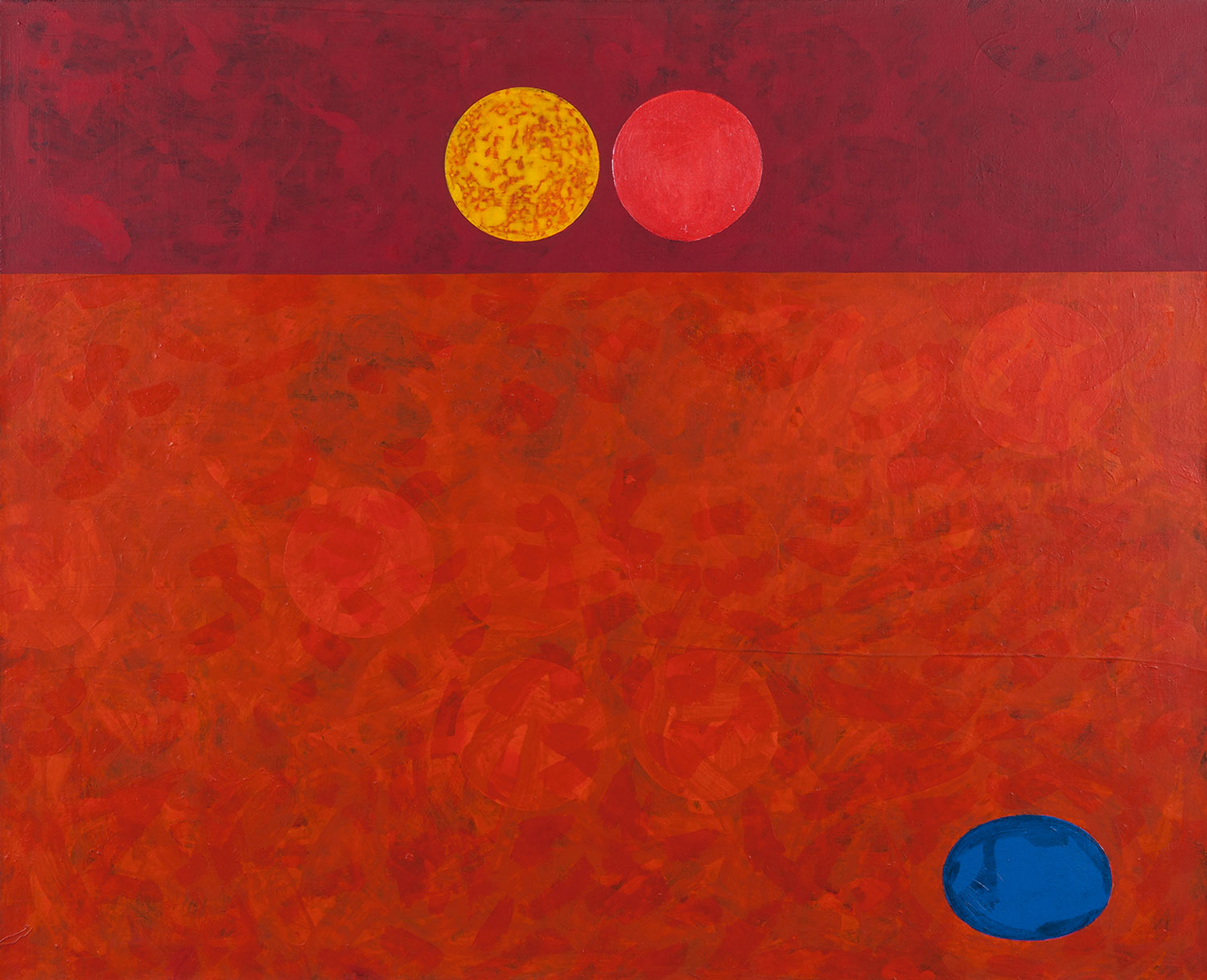 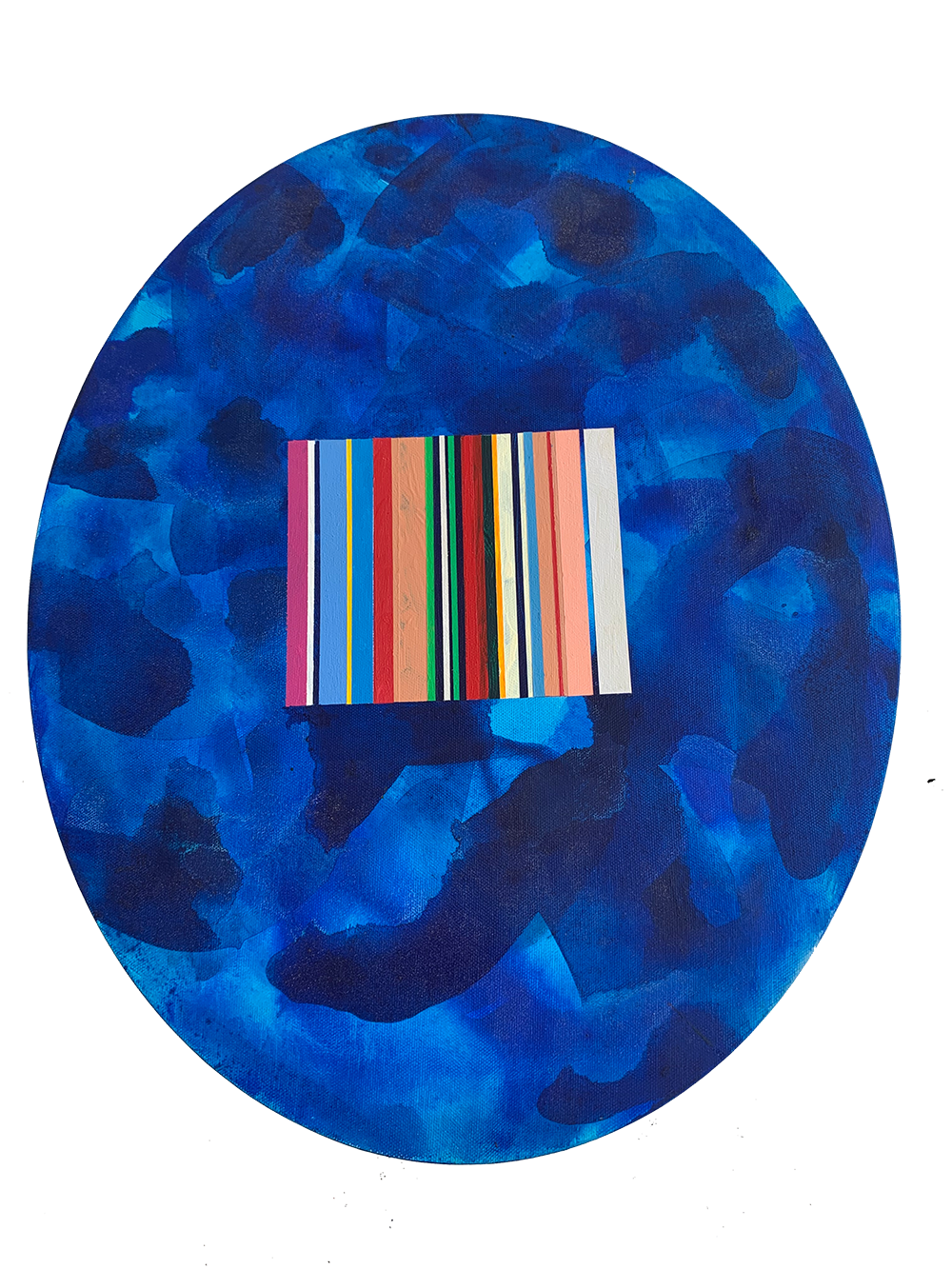